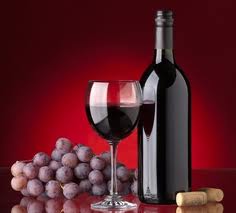 DALLAS – The well-known magazine D is featuring Greek wines from Crete. “It is easy to get confused about the wines of Greece, mainly the varieties are hard to pronounce,” writes journalist Hayley Hamilton, who stressed that Greek wines are totally different than each other, “made in traditional and more modern styles in the place where the Zeus, Dionysus, Athena and the Gods of mythology once reigned.”

In ancient times, wine was a significant part of Greeks’ social life. “This is truly “old world” wine, as the country boasts the longest vine cultivation and wine production on an uninterrupted basis in the world,” he wrote. Due to the financial crisis, Greek winemakers have realized that they should promote their businesses abroad by themselves. “Though we may think all Greeks are like the characters portrayed in films like ‘My Big Fat Greek Wedding,’ modern day Greeks are sophisticated and proud of their country ([…) and embrace modern techniques especially when making their wine which is good, very good,” continued the report.

The article praises several Greek wine varieties and especially, the Cretan, including Vidiano, Vilana and Dafni, all easy to drink white wines. Wines of Santorini were also included in the feature. Many Cretan wines are available for distribution in Dallas, such as Boutari wines coming from nothern Greece.