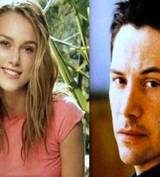 After recent reports that Ethan Hawke visited the Peloponnese in order to film the “Before Sunset” sequel, now Greek media report on other Hollywood celebrities’ visits to Greek tourist destinations. Famous actors Keanu Reeves and Keira Knightley will soon visit Greece to make a new film. The shooting is expected to begin this fall, although there have not been any more details published yet.

According to star.gr, the two Hollywood stars will arrive in late September on Mykonos to star in a new social movie. The story will be mostly filmed in New York. However, many scenes will be filmed on Mykonos and other smaller and less-known islands in close proximity.

Moreover, renowned filmmaker Michael Bay is spending his summer vacations on Mykonos. Professionals of the tourist sector based on Mykonos told  Proto Thema newspaper that he has already spent an entire week on the Aegean island but he is dressed casually so as not to attract the press’ attention.

Michael Bay has become really famous thanks to his various successful films including  “Pearl Harbor,” “Armageddon,” “Transformers” and “The Island.”

Libra Chairman Meets with President of Panama; Announces Projects in the Country