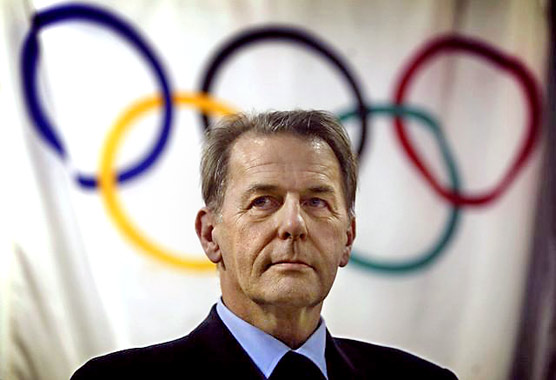 International Olympic Committee president Jacques Rogge frustrated millions of Greeks around the world as he inaccurately called London “home of the Olympics,” during his opening ceremony speech.

Greece, the country that created the concept of the Olympic games more than 2,500 years ago, was not mentioned even once by the IOC president during his speech.

Rogge described London as home of the Olympics and explained that this is because the English capital hosts the Olympics for the third time.

No matter how he will try to explain further his statement, Rogge’s words remain a historical inaccuracy. The fact that he also forgot  to mention Greece, the birthplace of the Olympic Games, during his speech was another great mistake.

Terence Quick, spokesman for the Greek political party Independent Greeks said that Rogge’s comment was “historically ignorant, unacceptable, provocative and in keeping with the commercialization of the Olympic Ideals.”

He called for the IOC chief to apologize.

“He should retract his comments straight away and apologize to Greeks and Greece, which gave birth to the Olympic Games,” said Quick.

The Greek government and the Greek Olympic Committee have not reacted yet to Rogge’s comment.

Read Jacques Rogge full speech as he delivered it in the Olympic opening ceremony in London on July 27, 2012.

In just a few moments, the Olympic Games will officially return to London for the third time, setting an unmatched record for hosting the Games that spans more than a century. Thank you, London, for welcoming the world to this diverse, vibrant, cosmopolitan city yet again.

It has taken a lot of hard work by many people to get us to this point. I want to thank the entire team at the London Organizing Committee – superbly led by Lord Coe – for their excellent and hard work. I also want to thank all the public authorities who have helped ensure that these Games will leave a lasting positive legacy long after the closing ceremony.

And, of course, we are all grateful to the thousands of dedicated volunteers who are being so generous with their time, their energy and their welcoming smiles.

For the first time in Olympic history all the participating teams will have female athletes. This is a major boost for gender equality.

In a sense, the Olympic Games are coming home tonight. This great, sports-loving country is widely recognized as the birthplace of modern sport. It was here that the concepts of sportsmanship and fair play were first codified into clear rules and regulations. It was here that sport was included as an educational tool in the school curriculum.

The British approach to sport had a profound influence on Pierre de Coubertin, our founder, as he developed the framework for the modern Olympic Movement at the close of the 19th century. The values that inspired de Coubertin will come to life over the next 17 days as the world’s best athletes comepte in a spirit of friendship, respect and fair play.

I congratulate all of the athletes who have earned a place at these Games. And to the athletes, I offer this thought: Your talent, your dedication and commitment brought you here. Now you have a chance to become true Olympians. That honor is determined not by whether you win, but by how you compete. Character counts far more than medals.

Reject doping. Respect you opponents. Remember that you are all role models. If you do that, you will inspire a generation.

These Games bring many hopes. Hope for harmony and peace between the 204 National Olympic Committees. Hope to see the young generations inspired by the values of sport. Hope that these Games continue to promote sustainble development.