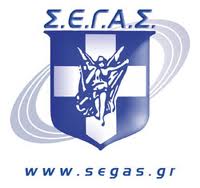 Greece’s athletics federation, SEGAS, said the country has become a transit station for banned substances, a day after one of our top athletes withdrew from the London Olympics after having failed a dope test.
The federation added drugs tests had dropped to a minimum owing to the country’s economic crisis.
“Greece remains a centre for the storage and transit of banned substances,” the federation said in a statement ahead of the Games opening ceremony later Friday.
“In our country, known traders and traffickers of these substances walk free and with impunity in sports areas,” the statement added.
The announcement came a day after world indoor high jump champion Dimitris Chondrokoukis pulled out of the Olympics after testing positive for stanozolol, the steroid used by disgraced sprinter Ben Johnson back in 1988.
The Federation added Greece lacks athletic support facilities and that budget cuts as a result of the crisis have deprived anti-doping agencies from funds.
“In the last two-and-a-half years, funding for (national anti-doping watchdog) ESKAN and the Olympic testing laboratory has ceased, meaning that tests have been limited to a minimum,” SEGAS said.