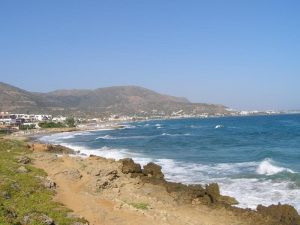 True Greece is an initiative by the Greek National Tourism Organization to shed light on Greece as a travel destination by providing a platform of official and reliable information.
“Teamwork,  technology and tourism: three words that describe the successful formula for the social media campaign undertaken recently by the Hersonissos Municipality in Crete,” comments True Greece about the Municipality’s projects and it is totally true.
Almost a month ago, the Municipality of Hersonissos decided to promote the island through an interesting initiative. They announced their collaboration with Dutch online platforms Zoover.nl and Griekenland.net, where tourists would publish their opinion about their vacations in the Cretan Municipality. 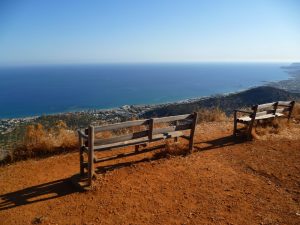 And after much work and anticipation, officials announced the four lucky ones- Louise Vliegenthart, Tineke Nooijen, Danielle van der Spek and Janneke Suurendonk have a hard task ahead. They are “forced” to travel for free to Crete, they will stay free of charge in excellent hotels in Hersonissos for a whole week and will have to inform their fellow countrymen via the above mentioned websites as well as via Facebook, Google+ and Twitter about their experience on the Greek island. Everyone is jealous of them four, I suppose!

“We had the great pleasure to launch such a successful campaign with Zoover,” said Zacharias Doxastakis, Mayor of Hersonissos. “This innovative project proves that new technologies can be used to promote traditional values such as cultural exchange and tourism. The greatest benefit for our Municipality will be that our visitors are going to have the opportunity to share their experiences and collect reviews. This is a necessary key strategy in a highly competitive tourism market.”

The four winners were chosen after participating in an internet contest launched from June 6 through 15 on “What vacations on Crete mean to them.”
A Greek guide will get the reporters started as to assure they don’t miss the beautiful spots! What else should anyone wish for their vacations, I wonder?