Another Greek Athlete Expelled from the Olympics 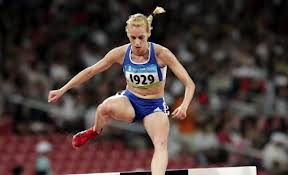 Greek 3,000 meter runner Irene Kokkinariou tested positive during a special doping control conducted by the International Association of Athletics Federations (IAAF). The damage is great for the Hellenic Olympic delegation, particularly after another athlete Voula Papachristou was expelled and publicly criticized on Wednesday.
Athlete Irene Kokkinariou had been punished before, when she was again caught in doping control and forbidden to participate in sports events for two years. During the IAAF World Championships, Daegu 2011, she was to be found on the IAAF lists of doped athletes.
The incident causes great disappointment among Greeks, as both female athletes had bright prospects for the 2012 Olympic Games in London.