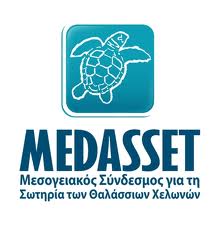 Within the framework of the European Fish Weeks 2012, NGO MEDASSET (Mediterranean Association to Save the Sea Turtles) organized a series of events this month on the island of Lefkada, Western Greece, aiming at putting an end to disastrous overfishing. The events came to a closure on July 16th with the screening of the documentary feature “The End of the Line.” The movie was presented by oceanographer  and underwater photographer Yiannis Issaris, who also presented pictures taken during his different diving exhibitions in the sea area around Lefkada.
The events aimed at informing and mobilizing the public about overfishing and the environmental hazardous fishing practices as well as sending an informative message to MEPs in view of the coming vote of the Marine Strategy Framework Directive (MSFD).
Greek MEP Kriton Arsenis, a member of the Fisheries Committee of the European Parliament, noted that the new directive offers a chance to prohibit the collapse of the Mediterranean ecosystem. Mr. Arsenis proposal within this effort revolves around creating “fishery refugees” where fishing will be completely prohibited and will serve as natural habitats for fish species. MEP Nikos Houndis sent a letter underlining that excessively running towed gears are clearing the seabed wasting away some 15,000 tons of marketable fish every year. MEP George Koumoutsakos called for the immediate change of the currently negative circumstances affecting the problem of overfishing. MEP Spiros Danellis sent also a letter supporting biodiversity in the Mediterranean seas, while MEP Anny Podimata noted that no decision made by the European Parliament can be fully implemented without the collective action and commitment of the citizens.
The events were completed with a symbolic photo shoot in which visitors formed the shape of a fish in order to visually express their message to the EU against overfishing. Similar actions and pictures from around Europe will be presented to MEPs in coming autumn trough the OCEAN12 network.
Founded in 1988, MEDASSET is an international not-for-profit environmental NGO registered as a charity and private company in the UK and as a Non-Profit Organization in Greece. MEDASSET plays an active role in the study and conservation of sea turtles and their habitats throughout the Mediterranean, through scientific research, environmental education, political lobbying and raising public awareness. The organization has been a Partner to the Mediterranean Action Plan (MAP) of UNEP and a Permanent Observer-member of the Bern Convention at the Council of Europe since 1988.