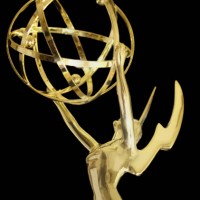 The Emmy nominations have been announced and two actors of Greek descent received nods.

Greek-American Tina Fey scored another Best Actress nomination for her role as Liz Lemon on “30 Rock.” Fey has previously won the award for Best Actress on the show, and for her guest appearance on “Saturday Night Live,” where she gave a spot-on performance of former vice presidential candidate Sarah Palin.

Hank Azaria, of Greek-Jewish descent, was nominated in the Voice-Over Performance category after lending his vocals to numerous characters on the animated series “The Simpsons” – Moe Szyslak, Duffman, Mexican Duffman, Carl, Comic Book Guy and Chief Wiggum. Azaria previously won three Emmys for his voice-overs, and one for his role as Supporting Actor in a Miniseries for “Tuesdays with Morrie.”

Winners will be announced when the Emmy Awards air September 23. For a full list of the nominations, visit the Emmy website: www.emmys.com