GRNews
GreekReporter.comGreeceIkaria: Living Past 100 is Not an Exception but the Rule

Ikaria: Living Past 100 is Not an Exception but the Rule 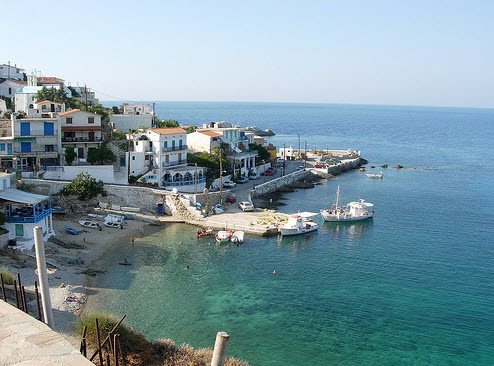 International as well Greek media, scientists and researchers are trying to figure out why residents of Ikaria island in the Aegean Sea, or at least many of them, live over 100 years. There are few more places like Ikaria all over the world, all of which remain an unsolved riddle.
Sardinia in Italy, Okinawa in Japan, Nikoya in Costa Rica as well ‘our’ Ikaria are, according to Dan Buettner, the world’s blue zones, referring to demographic and geographic areas around the globe where people live longer than the average.
According to University Clinic of Hippokratio Hospital of Thessaloniki, people from Ikaria get sick as often as the rest people and suffer from exactly the same diseases as other Greeks. But still, they live longer!
Possible reasons for this strange longevity might be their never ending sexual libido, the fact that they have tight ties with friends, neighbors etc, daily exercise until their late 90s, their Mediterranean diet based on virgin olive oil, goat milk, and vegetables and herbs grown on their own.
Islanders of Ikaria have pretty low stress rates, which shows that they do not only live longer but also better than we do! Some researchers claim that longevity depends mostly on our lifestyle not genes. Ikarians drink five Greek coffees a day and have a short daily nap every afternoon, making researchers believe that these factors could also play a major role in extending their life.