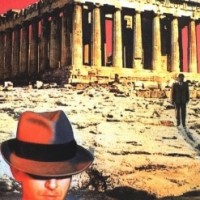 Shooting for “Two Faces of January” is scheduled to begin October 1 and will take place in Greece and Turkey, according to a press release from the financiers of the film, StudioCanal. Exact locations of where filming will occur in the two countries have not been announced. First-time director and “Drive” screenwriter Hossein Amini will get behind the camera for the project.

“Two Faces of January” stars Oscar nominee Viggo Mortensen, Kirsten Dunst and Oscar Isaac. It is based on a 1964 novel by Patricia Highsmith that revolves around a con artist (Mortensen) who accidentally kills a private detective that tracked him down from the U.S. to Athens. On the run with his wife (Dunst) and a young American (Isaac), they travel through the Greek islands and Istanbul. The getaway unleashes betrayal, deception, and one of the three will die.

The film is slated for a 2013 theatrical release.

Greece will honor Haiti for being the first nation in the world to recognize Greek independence from the Ottoman Empire in 1821.
Greek News

Daily cases of Covid-19 have continued on an upward trend in Greece, as the country recorded 2,703 instances of the virus on Wednesday.
Diaspora