GRNews
GreekReporter.comEuropeRethymno Travels to Strasbourg to be Promoted as Tourist Destination

Rethymno Travels to Strasbourg to be Promoted as Tourist Destination 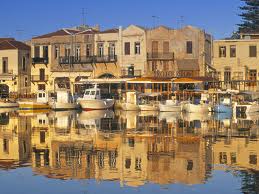 In October 2012, Rethymno will be hosted by Strasbourg as part of a promotional campaign to declare it as a city of culture, spirit, tourism, tradition and Cretan nutrition.

This beautiful French city is one of the European Parliament’s headquarters as well as of the European Human Rights Court and the Council of Europe. Strasbourg has a marvelous historical centre, very well preserved, and is big enough to host such events. It is only a few hours away from the German city Saarbruecken and so, many Germans may travel to Strasbourg to learn about the Cretan destination also.

Vice-prefect of Rethymno, Mary Lioni, stressed that “promoting our country abroad in a period that Europe and some international media have ‘hurt’ Greece and its people is very important. We should remind them, totally dignified, that we are not the figures they describe and invite them to visit us, to get to know us better.”

Yiorgos Marinakis, the city’s mayor, said also that “we will try to promote Rethymno as much as possible.” He described this campaign as “a very big one, that will bring tourists to Rethymno.”

Strasbourg invited people of Rethymno to present their city in France under the auspices of the  e.cité program. Every year, they give the opportunity to a European city to be self-represented.