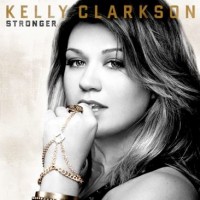 Kelly Clarkson has ousted Carrie Underwood in song sales among all the “American Idol” contestants with her hit “Stronger.”

The singer made history on July 4 with a record-breaking 3,510,000 sales for the song, edging out Underwood’s “Before He Cheats” which held at 3,509,000, according to Billboard.com. The music website also notes “Stronger” has been number 1 across many Billboard charts, including Hot Digital Songs, Adult Top 40, Hot Dance Club Play and Adult Contemporary.

Clarkson, who is of Greek and Irish descent, was the first American Idol winner and had her first hit with “A Moment Like This,” which ranked at the top of the charts for two weeks. Her most recent album, also titled “Stronger,” was released in October 2011.

Currently, the pop artist stars on the television show “Duets,” a reality competition that features famous musical performers mentoring a rookie singer each hoping to win the top prize.