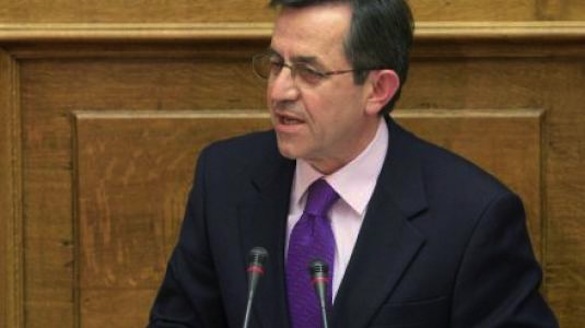 Nikos Nikolopoulos, the deputy labor minister, resigned over the government’s weak stance on renegotiating its bail-out. Greek Prime Minister Antonis Samaras appointed Nikos Panagiotopoulos as the new deputy labor minister.
Nikolopoulos had wanted labor reforms under international rescue renegotiated in talks with Troika.
Greek channel NET TV quoted him as saying:
The sole reason of my resignation is my personal conviction that the issue of renegotiating with the troika, as well as the correction of significant distortions in labour, pension, social security and welfare issues, should have been emphatically put on the table from the start.
Nikos Nikolopoulos announced his resignation Monday, hours after the new conservative-led government won a confidence vote in parliament.
Two weeks ago Greece’s finance minister also resigned due to ill health and he was substituted by Yiannis Stournaras.