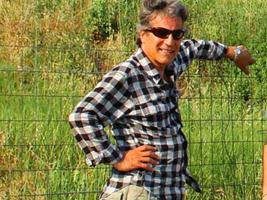 Andreas Giovanos is a Greek-American businessman from Boston, Massachusetts. He took a break from his work and visited the southern city of Preveza to find his missing ancestors.
According to Mr Giovanos, he is the third generation of the Giovanos family living in the USA. In the early 20s, an ancestor of his migrated to Egypt and managed to be appointed a distinguished board member of the Bank of Egypt. He later moved to Boston, where his descendants live over the past decades, among which is Mr Andreas Giovanos as well.
His computer offered the solution to Mr Giovanos. In order to find his Greek roots, he contacted Mr Charalambos Gouvas, resident of Preveza, via Internet and explained the situation. Gouvas invited him to Preveza and gave him a tour him around the city.
Both men asked several older people of Preveza if they ever knew or have heard about the Giovanos in the area but to no avail. They assume that his surname may have been Giovanno, however.
Upon Mr Giovanos’ departure, Mr Charalambos Gouvas commented that “it is a pretty good opportunity for Preveza to tighten its ties with the Greek Community of Boston.”
(Source: Tomi stin Enimerosi)