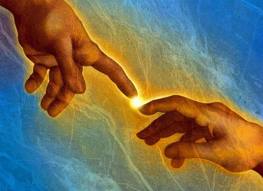 The Metropolitan of Messinia Chrysostomos expressed his opinion over the discovery of the so-called “God particle” that astonished the whole world during the past days, clearly drawing a line between science and religion.
“I consider every comparison between the CERN experiment for the determination of the  Higgs boson and the church’s approach in regard to the world’s creation by God incompatible since two disparate things are held up under comparison,” said Mr Chrysostomos during a TV show.
Metropolitan of Pireaus Serafim noted that “behind these scary and shameful expressions of human personality, the story of the human race, and human philosophy hides the hideous face of demonism because only demons or people possessed by one can talk such nonsense.”
The Greek Orthodox Church has not, however, proceeded to a formal announcement on the matter. It is probably waiting to see the results and rationally evaluate the outcome of the CERN experiment. Church leaders are well aware that whenever they rush to denounce any scientific progress, they then had to recall and apologize.
On the contrary, the Moscow Patriarchate has congratulated scientists on the possible discovery of the Higgs boson, or “God particle.”
“I am glad about this discovery and I would like to congratulate scientists on it. It probably again raises the question of whether matter has always been the way it is until now or initially developed according to a special scenario and is not eternal and unchanging, as some people believed several decades ago,” Protopope Vsevolod Chaplin, the head of the Synodal department and liaison between the church and society, told Interfax-Religion on Wednesday.