From the USA to Crete: Members of Illicit Weapons Trade Gang Arrested 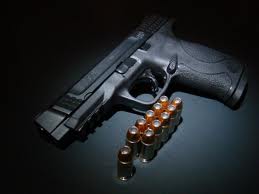 A gang of illicit weapons traffickers was dismantled by the Organized Crime Unit of Attica in cooperation with the US Immigration and Customs Enforcement. The gang used the USA as their “shopping mall,” since all weapons departed from the USA under supervision of a 45-year-old Greek American.
His name has not yet been published but the man was arrested in early June in the USA. Police investigators managed to arrest three more members of the gang in Attica, Zante and Rethimno (Crete) a couple of days ago.
When a cartel has many members, someone may make a mistake. That was the case in March, when Italian police officers found a vehicle carrying 69 guns in Naples. They started looking for more members linked to the gang and after three months, they realized that there were people from three countries involved -USA, Italy and Greece.
According to the police, the Greek-American head of the gang bought weapons and bullets in the USA, sent them with his own vehicles to Naples, where Greeks from Zante received them and sent most of them on to Crete. A famous musician, aged 67 and living in a small village in the Rethymno area on Crete, received the load and delivered it to possible buyers.
In January 2010, the gang imported 40 guns and 1,500 bullets which, according to the police investigation, ended up on Zante. As a result, two men, aged 37 and 44, were arrested on the Ionian island as well.