GRNews
GreekReporter.comGreeceGreece Aerial Firefighting Fleet Down by Half than that in 2011- ... 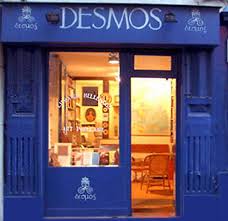 In 2011, Hellenic Air Force had 12 fire helicopters while a year later, they had less than half, down to only 5. Moreover, half of the 21 Canadair aircraft used to extinguish big fires by air have not yet conducted any flights while more than 62% of the fire brigade’s vehicles have been bought more than a decade ago, adding to the inventory of those bought over two decades ago!
This is Greek fire brigade’s general image while there are even greater defiencies in firefighting personnel. The Greek state, in a bid to cover these deficiencies  in several regions all over Greece, has hired firefighters, some of whom are 58 years old, who will  remain on duty for five years. It is worth mentioning that the average fireman retires at the age of 56.
Needless to say, there are no organized plans to tackle big fires.  A week ago, there was a big fire in the Attica region. On day two, officials decided to call fire aircraft from Ioannina (a city in the north west of Greece,  far away from Attica) to put out the fire. This amounted to the Greek state spending more on fuel costs to cover the  8-hour-long trip in a region totally unknown to them.
What about their equipment? There was none available.  Greek firefighters “fight the fire” without any fire helmets.