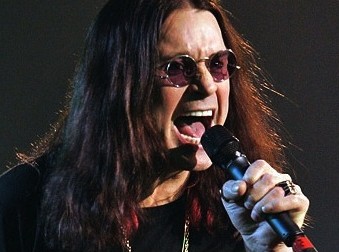 The 15th Rockwave Festival takes place at the Terra Vibe venue on June 30 and July 1-2. This year´s edition features impressive names from the international scene along with local bands.
The first day includes performances by Spanish ska-punkers “The Locos” (originally a side project by Pipi, “Ska-P’s” backing vocalist) and “The Last Drive,” a historic rock band from Athens.
On the second day, when “Black Sabbath” were originally scheduled to appear, the audience will have the unique opportunity to see the iconic band’s front man, Ozzy, as part of the “Ozzy Osbourne & Friends” European tour. Ozzy’s Greek guitarist, Gus G, may have been a decisive factor for the band’s coming to Greece.
The much awaited gig will also feature the famous guitarists Slash and Zakk Wylde.
This day’s lineup also includes the American metal band “Machine Head,” who experienced great success with their latest release Unto the Locust, Paradise Lost, the famous English metal band with a huge fan base in Greece, “Unisonic,” a German metal band and Greek stoner bands “Planet of Zeus” and “Lucky Funeral.”
On the final day, American legends Iggy and the Stooges will perform their greatest hits along with “The Prodigy,” the iconic dance music band, and Everlast, the ex-front man of “House of Pain.” Get ready to rock!
See full lineup below:
Saturday June 30, 2012