Man Killed in Crete due to Vendetta 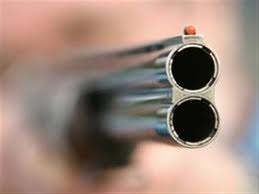 A 34-year-old man, father of three children, was killed in Heraklion, Crete, after a fight he had with another man. According to flashnews.gr, the deceased man was called Priamos Xidakis and the incident took place in Profitis Ilias village in Heraklion.
According to the report, the victim, likely a public worker, went to the butcher’s owned by a 52-year-old man to try to reconcile some differences between them. The man may have chosen that exact time because most people of the village were gathered at the kafenion (traditional Greek cafés) to celebrate the local cultural event of Klidonas.
The two men had a big fight and as is typical in Crete, both men were carrying weapons. He shot the younger man twice because, as he claims, he tried to rob him and assault him with a heavy club.
The son of the butcher, aged 17, working along his father at the butcher shop at the time,  was also injured by a bullet that glanced off the wall. Then, the supposed assailant shot the butcher at his feet. He then proceeded to escape, but the butcher followed him and killed him with two shots.
Another man, aged 69, who was sitting close to the scene was also injured. He was transferred to hospital where he remains in stable condition