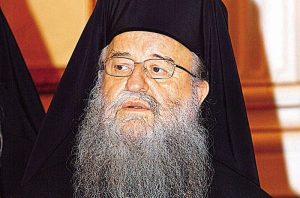 The northern Greek city of Thessaloniki will host the First Gay Pride festival on June 22-23 and as a result, Greek Orthodox representatives announced immediately their opposition to such events. The two-day event is organized so that homosexuals, bisexuals and transsexuals can protest for their rights.
The 1st Thessaloniki Gay pride includes various events, such as information on such issues, a screening of short movies and a one-hour-long parade in downtown Thessaloniki.
Occasioned by the event, Bishop Anthimos made the following announcement describing the gay pride as “an unacceptable event on our city’s ethics.”
“We feel puzzled and saddened over this parade and demonstrate against it since we are aware of the fact that our fellow citizens, both men and women and mostly young people, have already announced they will protest against this immoral parade which is about to take place in our city. We react especially because they will pass in front of our two big Churches, that of St Grigorios Palama and St Catherine,” adds Bishop Anthimos.
(Source: the insider)