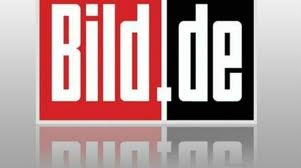 Bild newspaper seems to be focusing on nothing but the Greek National Team. Once again, a German journalist chose to write about Friday’s Euro 2012 football match.
Acting like a more modern Big Brother, or more like James Bond (as he calls himself), a Bild journalist rented a room at the same hotel that the Greek football team is staying at during the European football championship. According to Bild, the editor paid only nine euros extra to rent the room next to Greek team coach Fernando Santos, while pretending to be a dentist. “I watch Santos every day; he smokes too much,” writes the journalist, critiquing the coach’s bad habit.
The Greek soccer team chose a low-cost hotel 38 kilometres outside of Warsaw. The German journalist reports that their rooms cost 93 euros per day,  “a frugal choice,” as he says.
He seems to be playing the game of provocation pretty well, writing that in the hotel’s living room, he sees “the typical Greek players- white-blue slippers, white-blue track suit, with a long beard. Most likely the Greeks will grow their beard until Germany beats them,” continues the author of the article.
But his comments do not focus on the team’s appearance only.  He does not like the fact that they drink cappuccino and latte macchiato as well, and ironically adds that “hard work never stops.”
As for George Karagounis, Bild reports that he uses many Greek swear words, while Fanis Gekas listens to music and sings out loud. According to Bild, such habits prove that they are rather bad soccer players.
And what happens during the night? The German Bond stayed in the hotel’s living room until one o’clock to note that the  Greeks had not yet returned. “They talk too much, they laugh too much and finally, the coffee machine takes a break. No Greek has yet to return to his room, however,” he concludes.
Reports such as this one by Bild are not relevant to the athletic coverage of the Euro 2012 tournament and seem written solely to provoke and ridicule Greeks, for no real reason.
(Photo: Bild)