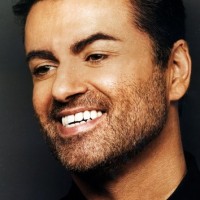 After a health scare with a bout of pneumonia, George Michael has announced that he is well and will be releasing a brand new song to thank his fans for their continued support.

The British-Cypriot singer is honoring 30 years in the music business with his new single “White Light,” set to be released on August 12. The song is his first effort at new music since being hospitalized in November after contracting a serious case of pneumonia. Supermodel Kate Moss is expected to appear in the video for the single. Michael is no stranger to having gorgeous women cast in his music videos, as one of his most notable career highlights includes the video for the 1990s hit “Freedom,” which included the likes of Cindy Crawford and Naomi Campbell.

In a message to his fans regarding the release of “White Light,” he said:

Most of my fans [realize] that I dreamed of a career as a singer/songwriter from an early age, but never in my wildest imaginings could I have known that I would still be here thirty years later, healthy, happy, and feeling that I still have so much more music to give. It is miraculous in so many ways. Fate has been so kind to me, as have the millions of people that that have bought records and come to see me play year after year since 1982.

I am truly blessed, and ‘White Light’ is my thank you to everybody who has been a part of my success. And I mean everybody, including the press!! Long may it continue.