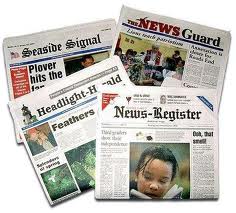 Canadian media have sent several correspondents to Greece to broadcast on the latest developments revolving around election results. Most Canadian journalists commented that New Democracy’s victory equals a victory for the Euro-friendly parties.

New Democracy won the election but they do not have enough MPs elected to form a government without the participation of PASOK party, comments a Canadian correspondent from Athens. On the contrary, while SYRIZA appeared to come out first in the opinion polls prior to the elections, it managed to increase its voting percentages but came in second.

Greek election results relieved European leaders as well as leaders around the world since SYRIZA’s victory would make Greece leave the single currency, causing great financial and political problems for both Eurozone and international markets.

The Globe and Mail journalist Eric Reguly reports from the Greek capital that Greeks voted for center-right pro-bailout parties. He comments also election results show that Greek voters are split into two groups, those afraid of the austerity measures and those afraid of possible Euro-exit.

“SYRIZA, which has become more popular than May 6th elections, may hinder coalition talks leading this way to unstable government. But the destroyed Greek economy needs crucial decisions to be made in order to be rescued,” writes the Canadian editor.

He also comments that, according to Greek diplomatic sources, if SYRIZA  does not participate in a coalition government, demonstrations and upheaval may follow. Greek youth, who voted for Tsipras’ SYRIZA may show their disapproval of pro-bailout New Democracy, as unemployment rates hit  all-time highs in Greece.