GRNews
GreekReporter.comEuropeAustrian Magazine Reports: "Do not Blame Greece for Everything Bad Europe Struggles...

Austrian Magazine Reports: “Do not Blame Greece for Everything Bad Europe Struggles With”

Austrian weekly political-financial magazine Profile criticizes the political climate that claims Greece is responsible for any negativity occuring around the world. In , four Austrian editors, three of whom are currently in Athens, have featured Greece once more in an eight-page-long article titled “Downturn (and return?) to Hades” but in a different light.

The article’s introduction recounts several scenarios ‘blaming’ Greece’s financial crisis on developments in the world.   The editors made the observation that opinions free-floating about Greece are being confused with other issues, such as whether Greece returns to drachma and becomes poorer in the next few years, or whether Spain, Italy and Portugal follow in its wake or even if the whole euro zone falls into recession.  There is even speculation that the Greek exit would influence Obama’s re-election as well.

The four editors express their own opinion on the state of affairs, warning that it is impossible that a country of 11 million inhabitants could ever have so much influence over the financial stability of the entire globe.  And they stress the fact that the scenario of  Greeks voting  for anti-bailout parties that would prove disastrous on many fronts is clearly exaggerated.

In their view, this global “fiasco” can be attributed to a systemic failure and is not the fault of any one country.  If political leaders do, they are blaming the victim and in some cases using it as a scapegoat for larger troubles.   They add that the fact that it has not formed a coalition government after the May 6 elections proved that Greece has been governed since 2010 by non-Athens-based leaders, such as ‘troika,’ the EU, the ECB and the IMF. 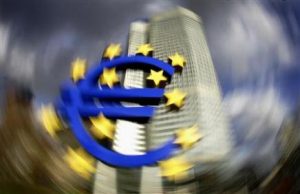 Garnishing the article with several statements by international political figures threatening Greece with euro exit if they vote for the Memorandum terms, the Austrians sarcastically comment that “all this is happening under the auspices of a EU that would not intervene in internal affairs and national elections.”

The article concludes that Greek citizens hate the New Democracy and PASOK party because they were the ones who voted for the Memorandum which explains their failure to organize many pre-election speeches. As a result, they argue that the EU is coercing Greeks into voting for these two hated parties to form a government, which would cooperate with the even more hated troika and the Germans.  A scenario they liken to inviting the mythical Cerberus, the three-headed hell hound of Hades, back to modern Greece.