Michalis Pieris: A Poet of the “Periphery” 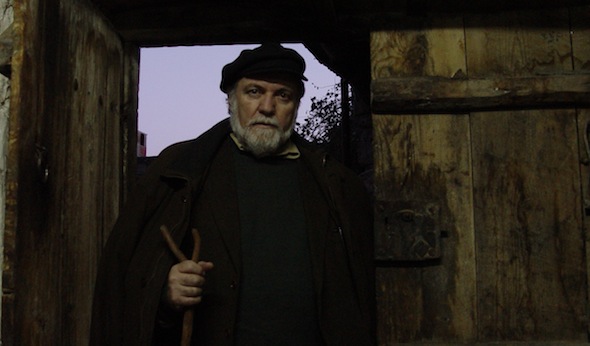 “We must not be ashamed
of the Syrian and Egyptian blood in our veins;
we should really honour it, take pride in it…”
C. P. Cavafy, “Going Back Home from Greece”

Poet, translator and university professor Michalis Pieris was born in Cyprus in 1952. He has studied philology and theatre in Thessalonica and in Sydney, and has worked at universities and research centres in Greece, Europe, the United States and Australia. He has published short stories, prose and theatrical plays, as well as dozens of research papers on Medieval, Renaissance and Modern Greek Literature. He is the author of nine poetic collections and has translated foreign poetry and ancient Greek drama into Modern Greek.
Founder of the Greek Theatrical Workshop at the University of Sydney (1979) and the Theatrical Workshop of the University of Cyprus (1997), Michalis Pieris has adapted for stage and directed important works of Medieval and Renaissance Greek literature, such as the medieval Chronicle of Cyprus by Leontios Machairas and the renaissance Erotocritos by Vitzentsos Cornaros. Since 1993 Prof. Pieris has been teaching poetry and theatre at the University of Cyprus. He is also co-founder of the Cypriot literary journal Ylantron.
He has received many awards and distinctions including among others the International Poetry Award “Lazio between Europe and the Mediterranean” (2009) of Regione Lazio, Italy, the State Award for Excellence in Letters of the Republic of Cyprus for his overall contribution to literature, culture and the arts (2010), and the designation Commendatore of the Order of the Star of Italian Solidarity by the President of the Italian Republic (2011) for his contribution to promoting Italian culture in Cyprus and furthering the cultural relations between the two countries.
In his announcement entitled “Πάθη/Passions: A Latent Poetic Collection by Cavafy” and presented at the 11th International Literary Symposium on C. P. Cavafy, “Cavafia” (2009), Michalis Pieris brought to light new material from the poet’s Archives, revealing the universal aspects of the great Alexandrian’s oeuvre. The poet and critic Yannis Varveris (1955–2011) discerns a cosmopolitan dimension in the poetry of Pieris himself, a retrospect of which is presented in the poetic collection “Metamorphoses of Cities” (1978-2009). According to the critic, the poet’s cosmopolitanism is embodied in the “brilliant breadth and eloquence of his language, which shifts effortlessly from intellectual and scholarly style to argot, from Cypriot idiom to vivid demotic Greek, from foreign toponyms to the reverent reading of an ancient stone, all in a language that creates a multi-coloured musical space, which lures the reader into exotic dreams full of journeys and erotic passions”.
The poet spoke to Zdravka Michailova in an exclusive interview for GREEK REPORTER: 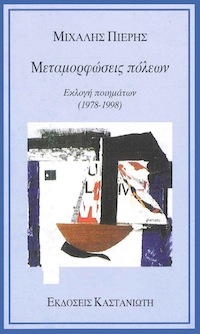 You are one of the most distinguished scholars of Cavafy’s oeuvre, whose poetry you have been studying for many years now. It is a well-known fact that Cavafy abhorred the countryside and was a poet of the city, of closed spaces; his favourite poetic locus was the room and not just any room but the walled-in room. His poem “Walls” is one of his most emblematic works. “The House” as a lived and living space that has its soul, feelings and concentrated memories, is the protagonist of your play by the same title, which was staged in 2011 by George Michaelides at the Michalis Cacoyannis Foundation in Athens. Is there a subtle, subconscious presence of Cavafy in your play, maybe similar to the Cavafian influence one can discern in your poetry?
Certainly the central character of my play “The House” with all his words, deeds, feelings and beliefs, can be associated to a certain extent to the lyrical persona of Cavafy’s “Walls”. I am saying “to a certain extent” because there are many differences. I, for one, am a person who was born and spent his childhood years until the age of 12 in the countryside, in a small village of Cyprus. And yet I grew up to become an urban poet. What I mean is that I was somehow fascinated by the urban landscape and because I used to travel a lot in my life and still do, I ended up falling in love with many different cities, which I came to associate with my dreams, visions and obsessions (Rethymno, Sydney, Palermo, Granada, Venice, Catania, Saint Petersburg and many others). I think, however, that a sense of return is always present in me, a desire to go back to the earthly paradise of my childhood, which I spent in a small village among the hills and mostly in my grandfather’s house with its cellar where I enjoyed playing and felt the first incomparable erotic pleasures, as well as at the Kalamon fields where he had his garden, his trees – olives, walnuts, carobs – and his vineyard.
The critic Leandros Polenakis also discerns some implicit Platonic influences in the way your play “The House” is organised around a seemingly simple and yet highly intricate dramatic composition, which among other things incorporates an advanced Pirandellian technique, a game of facing mirrors. What motivated you to involve the audience into the role-playing that occurs on the stage?
I must admit that Pirandello’s presence is quite deliberate although it is not something that I planned. It so happens that whatever training I had in theatre and whatever talent as a playwright I might have, was influenced very early on by my acquaintance and my fascination with Pirandello’s art. In my adolescent years, at the age of 15, I think, I won first prize at a school literary competition for a short story I had written; the award was a volume with Pirandello’s plays that had just been translated into Greek. I read them over and over again in awe and as luck would have it, in that same period the small theatre of the Cyprus Broadcasting Corporation, with director Evis Gavrielidis at the helm, began staging avant-garde plays, many of which were written by Pirandello. I saw these performances as many times as I could. So it was inevitable that my intellectual and spiritual maturation at that early stage would be influenced by Pirandello and by other great modern playwrights (Beckett, Pinter, Ionesco, Arrabal and others) who had a decisive impact on my development as a theatrical writer as well.
As for the second and more difficult part of your question, about the Platonic influences, the answer is not an easy one. Having graduated from a good School of Letters, which the one at the University of Thessalonica used to be at the time I studied there (1972–1978), I have certainly acquired some familiarity with Plato’s works. I remember that at the stage when we were expected to choose a major, I had even contemplated the idea of studying philosophy. However, the then professors at the School of Philosophy did not inspire me enough, while the Modern Greek scholars at the University (G. P. Savvidis in particular but also D. N. Maronitis who at that time taught Modern Greek poetry) really fascinated me. So I chose to major in Modern Greek Literature, complementing it with theatrical studies, and I must say that I never regretted it. Since then Plato’s ideas have occupied me on various occasions, in the framework of my own poetic writing but mostly as part of my research  into the oeuvre of other poets who elaborate on Platonic themes, such as Cavafy for example. Hence, it is quite possible that my knowledge of Plato’s works seeped into the architecture of my play and into some of the ideas therein as an inconspicuous reference.
In addition to your work as a university professor, you are also the director of the Theatrical Workshop of the University of Cyprus, which has given dozens of professionally staged and produced performances in Cyprus and abroad, promoting folklore and traditional culture in a modern creative form. Could you please tell us a bit more about this commitment of yours, as well as about the Cultural Festival of the University of Cyprus, which you have been organising at the Axiothea Mansion in Nicosia?
The Theatrical Workshop of the University of Cyprus (THEPAK) was established 15 years ago and strives to fill in an important niche in theatrical production in Cyprus, namely to explore areas that have been left uncharted by the professional theatre companies, such as the medieval and renaissance literature of peripheral Hellenism, which is written in an idiomatic language. Our exploration of some of the best examples of this literature is a work in progress, which we 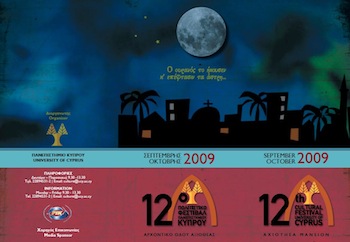 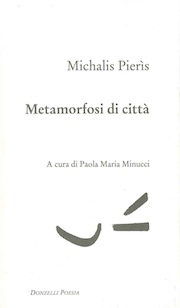 The fact that the poem “At the Town’s Coffee Shop” bears a reference to Cavafy’s poetry and more specifically to his poem “An Old Man”, has been noted before by Paola Minucci, Professor of Modern Greek at La Sapienza University of Rome. Beyond that my poetry certainly enters into a dialogue with the poetry of Cavafy whose oeuvre I have not only studied with great attention (my doctoral degree thesis explored the organisation of Space, Light and Logos in Cavafy’s poetry) but I also admire very much, probably because I am a Cypriot. And as arbitrary as it may seem, I believe that today someone from Cyprus can feel Cavafy’s poetry better than someone from Greece. There are certain elements in Cavafy’s poetics and ideology that speak strongly to a Cypriot and the reasons for this are various. First of all, it is the anthropo-georgraphic kinship. May I remind you the verses “waters of Cyprus, Syria, and Egypt, / the beloved waters of our home countries”. Then it is the “Centre versus Periphery” issue and especially our eastern perspective, our eastern mark: “We must not be ashamed / of the Syrian and Egyptian blood in our veins; / we should really honour it, take pride in it”. There are also other reasons, less obvious, that connect my poetry to the poetry of Cavafy. For example, our profound relationship with demotic songs and the vernacular, as well as our sense of the rhythm of everyday human speech. And above all, the fact that I learned from this great poet the clarity of the attained simple language that is capable of expressing with modesty and reverence even the most complicated issues of human existence. I also believe that we share the same moral values when it comes to the relationship between Love and Power (any power, political, economic, religious, etc.). It matters not that Cavafy’s poetry has a homosexual theme, while mine has a heterosexual one. In their essence, our poems are driven by the same agony for the freedom to enjoy love and sensual passion without the various restrictions imposed by a reactionary ideology or a prudish morality.