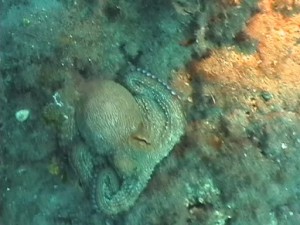 Underwater explorations from May 14 though 25 near Skiathos island resulted in a treasure trove of  archaelogical antiquities.
The first organized underwater exploration was held under the supervision of the Greek Ephorate of Underwater Antiquities and explored through areas including the old port of Skiathos, notable for the Venetian fortress called Burtzi, Kehria area and others.
An ancient breakwater as well as a Byzantine jetty were uncovered in the area around the ancient port, which precisely coincides with  the modern harbor of Skiathos.
Around the old harbor were also discovered many pieces of ceramic jars. The most important findings were two complete lamps dated back to the 4th and 6th century, as well as two complete jars of the late classical period.
At the Tarsanades region, the specialized divers found part of a shipwreck of  late Roman times, while at a close distance to the old harbour was also found a shipwreck from Byzantium carrying mostly roof tiles and parts of Byzantine jars.
Another shipwreck of the late Roman era was found at Platania cove.