TechNews
GreekReporter.com Greek News Art 'Apology of Socrates' to be Presented at Acropolis

'Apology of Socrates' to be Presented at Acropolis 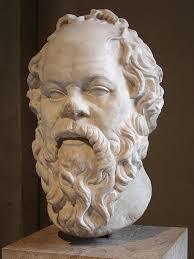 One of the most important scripts of ancient Greece, “The Apology of Socrates,” will be revived in its natural scenery, under the sacred rock of the Acropolis in Athens. The play is directed by Broadway veteran Loukas Skipitaris, starring Emmy award winning actor Yannis Simonidis.
After 250 performances in 14 countries and in 6 languages, “Apology” will travel to Greece after an initiative undertaken by the Greek Theatre International, which embraces the Greek Theatre of New York founded in 2010 to promote Greek culture abroad.
Yannis Simonidis acts as Socrates in his eccentric yet fascinating character and offers a deeply social, political and human work, which excites the audience with a great dose of humor.
“It is amazing for me, living for so long abroad, to return to my homeland to present this specific work,” said the founder of the Greek Theatre of New York and protagonist of the play Yannis Simonidis. He also commented that he rejected suggestions for work in China and Russia to visit Greece this summer because he believes “it is high time for everyone to quit everything and turn back to Greece. It is a chance to listen to each other – us, that think we know everything. According to Socrates, you have to admit you know nothing to begin knowing.”
The 14 performances at the Museum of History of the Athens University will be in English “to offer a multi-level cultural experience to foreign visitors of Athens,” explains Stefania Xidia, inspirator and co-founder of the Greek Theatre International.
After each performance, an open discussion will take place, with participation from the audience, on the use of Socratic way of thought for the Greek and global crisis.
The play will also be performed in several peripheral Greek cities during the summer, at the Theoharakis Foundation in autumn as well as to some high schools in the country.
“The Apology of Socrates” was first performed in New York in 2004 and since then, it has been presented with great success in 250 threatres, festivals, schools, universities and libraries in the USA, Canada, Mexico, Uruguay, Greece, Cyprus, France, Luxembourg, Turkey, Ukraine, Bulgaria, the United Arab Emirates and the UK.
The world’s most distinguished Universities, such as Yale, Columbia, Michigan, Cambridge, Oxford and Edinburgh, presented this performance in combination with interactive seminars on Socratic dialectic technique.