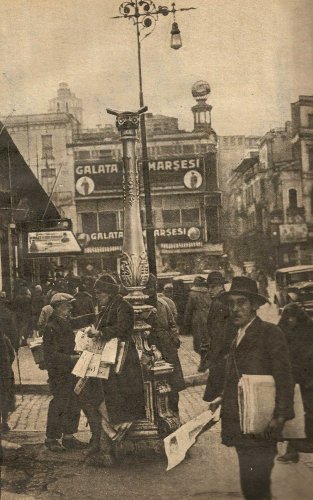 Greek community of Istanbul decided to re-establish a publishing house in the city, after having remained inactive for almost 50 years.

The Greeks of Istanbul used to publish books, but in the 1960s had to stop doing so because Turkey and Greece were in tense relations due to the Cyprus occupation, said Haris Rigas, one of the editors at the ISTOS publishing house, the Hürriyet Daily News.

The last book was published in Istanbul nearly 50 years ago, as many Greeks left Turkey in that period. As a result, the cultural and social life of the Greek community was strongly limited and there was no big need for further publications.

“Our first book will be the Fener Orthodox Greek Patriarchate spokesman Dositheos Anagnostopoulos’ book, which talks about the problems Greeks of Turkey had to deal with upon their arrival in Greece,” continues Rigas.

The ISTOS publishing house team explains that their purpose is to print books in both Turkish and Greek, but most of them in Turkish. “We will try to introduce Greek translations first-hand,” adds Rigas.

The Greek men insist that, despite the fact that they are well-aware they will have to fight against nationalism and translating and editing problems, as well as against financial difficulties, they will not hesitate to publish Greek-Turkish books in Istanbul.