WWF Hellas: The Paradox of Europe's Austerity for Greece's Environment 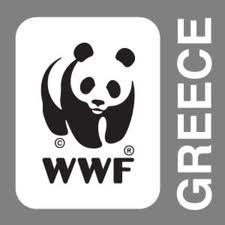 WWF, the world class non-governmental organization, is widely known for its environmental actions which often target the Greek Parliament.
Combined with the devastating financial crisis that has been troubling our lives since 2009, a number of government policies are defined by the IMF and the European Union leaders, as everyone knows. The so-called reforms and austerity measures as imposed by Europe tend to push Greece towards new policies which violate the very European environmental legislation.
WWF is calling its supporters and everyone aware of the value of the environment to realize the above paradox and take action against it.
Four months ago, WWF representatives sent a letter of complaint to the IMF and the European Commission denouncing policies that harm the environment in the name of financial progress. The letter urged European leaders to make the right decisions for sustainable economic reforms and stimulus packages and respond to the economic crisis as an opportunity for a major shift towards sustainable pathways.
The pressure won’t stop until European leaders open their eyes and face the necessities of the environment.
WWF highlights that “The crisis must be viewed as more than merely fiscal. It reflects a deficient economic model grounded in an overleveraged banking system and mismanaged national finances and natural resources. It is a system built on a paradigm of unlimited growth and resource overexploitation and overconsumption, which has resulted in an increasing ecological deficit. Currently implemented policies exacerbate this ecological deficit, worsening longer-term environmental remediation costs. This puts in question Europe’s commitment to an agenda of resource efficiency, eco-innovation and sustainability.”
WWF’s letter identifies the following policy priorities and calls on all European states, the European Commission and the European Parliament to commit to:
The development of new economic principles in a time of scarcity, such as the internalisation of externally imposed environmental costs, and the development of environmental and social wellbeing indicators, as the basis of policy formation and decision-making;
Investment and development policies that also support Europe’s natural wealth;
Sustainable development targets and indicators included in the economic adjustment programmes agreed with economically troubled states such as Greece, Ireland and Portugal;
An end to environmentally harmful subsidies and redirecting these funds towards sustainable development and investments that have high sustainability ratings;
Cutting public spending on high carbon infrastructure;
Reaffirming the importance of the environmental assessment procedures and legislation, which are vital in ensuring the sustainability of development projects;
Strengthening the EU ETS System by tightening the EU Emission reduction target and an Energy Efficiency Directive that ensures 20 percent savings of energy usage.
For more information: http://www.wwf.gr