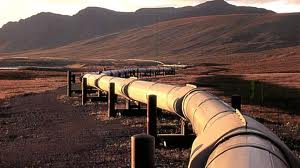 After fake publications claiming that Iran is halting oil exports to Greece, a story which remains, however, a possible future scenario, the two countries have planned negotiation talks in Athens this week. After the recent development with the Turkish government, that intends to transfer Iran’s gas to Europe, Greece needs to renegotiate its deals.
The construction of the Nabucco gas pipeline, beginning in 2013, will connect Asia to Europe. The pipeline will link Turkey to Baumgarten in Austria via Bulgaria, Romania and Hungary, and aims to cover Europe’s gas needs with Turkish and Iranian sources, and thus, make Europe less dependent on Russia.
When the pipeline is completed, the 3,900 km pipeline’s annual capacity will be 31 billion cubic metres. Taking into account that Turkey needs only 10, the other 29 may be exported to Europe.
Iran’s Oil Minister Rostam Qasemi told the media that his country is talking with Switzerland and Greece over gas exports. This way, he suggested that Iran seems positive regarding the export of gas to Europe.
Iran’s current gas trade numbers rate at about 2%, and the Iranian Oil Ministry is now trying to increase this percentage by 10% via new gas deals with several European and world markets.