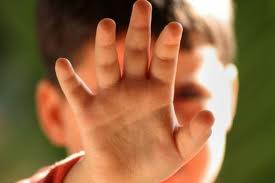 Greek families struggle to cope with the austerity measures imposed by the IMF and the EU. Some of them cannot afford to cover basic needs of their children and have appealed to the SOS Children’s Villages, which reports an increase by 70% in requests for support posed by parents.
Single-parent households especially have been extremely affected by the crisis. They saw taxes going up, while their wages shrunk. Moreover, the Greek state has decreased money provided for social services by 40%, making the Greek families unable, in some cases, to provide their children with medicine and other basic stuff.
Before the crisis in Greece, SOS Children received calls mostly for child abuse reasons. In 2011, nearly 100% of the people turning to the organization for help need support due to financial reasons.
SOS Children have been present in Greece during the past 35 years. The charity runs four Family Strengthening Programs (FSPs), by means of which they try to keep families in need united, providing them with food, clothes and loans to start businesses, as well as with free teaching programs to these children.
Now, the institution broadens their existing SOS FSPs, adding one more to help families in Thessaloniki (northern Greece). Apart from the already mentioned provisions, the charity will offer counselling sessions for parents to help them deal with stress following the bad financial situation. It is expected that the new program alone will support over 1,000 people.