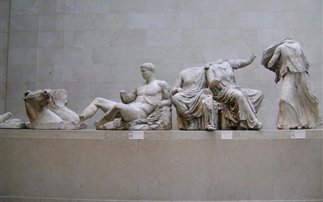 “Opus Elgin: The Destruction of the Parthenon,” the opera’s world premiere, will take place at Athens Concert Hall, Megaron Mousikis, May 29. This opera work is composed by Theodore Stathis, and renowned Peter Tiboris will be the musical director.
The performance, organized by the non-profit organization Imeros for Culture, is the artistic response to discussions concerning the restitution of the Parthenon Marbles. People in charge for this are trying to awaken the European public to the issue.
The Parthenon Marbles were transferred from Greece to the UK by Lord Elgin and are now exhibited in the Duveen Gallery at the British Museum. The opera discusses the immoral occupation of the sculptures. It lasts about two hours and most of its scenes have the Acropolis in the background. However, the last scene shows the British Museum.
The Olympic Games taking place in London this year is the best time for Greece to present the issue once more. Even famous British journalists expressed their opinion about the reunification of the Marbles to Greece. The most recent example is Observer’s Henry Porter, who called on the UK “to give Greece the sculptures back, taking into account that Greece gave us the Olympics.”
Theodore Stathis explained that he came up with the idea for the opera’s subject in 2010, “when the first clouds appeared above the Greek economy, which were followed by negative and annoying headlines in the European papers.” “I thought that this play would be the perfect way to show that in the course of time, this place is looted by foreign predators, ” he continued.
Nina Lotsari (soprano), Dimitris Kavrakos (bass), Helen Davou (mezzo soprano), Dionysios Sourbis (baritone) and many other talented actors and singers from the opera world star in the performance.