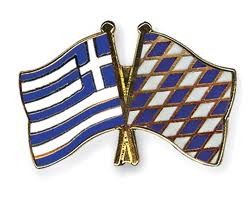 Greek and Bavarian organizations and associations are jointly preparing the celebrations for the 8th Hellenic-Bavarian Day, aspiring to once again show the spirit of the traditional friendship between Greece and Bavaria.

The events that will take place during June 14-28 are organized by the Episcopal Church of Bavaria, the Holy Metropolis of Germany and the Evangelical center for immigrant integration, the Greek House, in collaboration with the Municipality of Unterföhring and the Council of Foreigners of the City of Munich. The events will take place under the auspices of the Bavarian government, the Municipality of Munich, the Federal Office for Migration and Refugees in Nurnberg and the General Consulate of Greece in Munich.

The celebration was organized in 2005 for the first time in an effort to unite the people and the cultures, and it initially lasted only one day. Year after year, the celebrations expanded so they last many more days. The 8th Hellenic-Bavarian Day will last 10 days.

Many Greek and Bavarian organizations, such as schools, scientist clubs, national and sport associations and cultural foundations will participate in the celebrations that will take place in many cultural facilities in Munich. Professor Christos Giannaras will hold a lecture on Nikos Kazantzakis, while movies of Theo Aggelopoulos, literature nights, art exhibitions of Greek and German artists will mark this year’s celebrations.

There will also be Greek music by Munich choirs and the peak of the event will be on June 24 in Odeonplatz, where the Metropolitan of Bavaria will hold a Divine Liturgy followed by traditional German and Greek dances. A show will also present Greek recipes from Mount Athos to be broadcasted on Munchen TV.