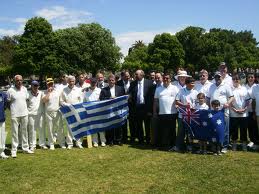 Being one of Australia’s favorite sports, young kids could not escape participating in this year’s tournament. Teams from Ferntree Gully and District Cricket Association and Yarra Valley Cricket Association were the two representatives of the country.

The rest of the young participants came from South Africa, England, Italy, Bulgaria, India and Greece.

The two Australian teams returned home, after finishing in first and second place.

The final tally for the Cricket Youth Tournament was as follows: