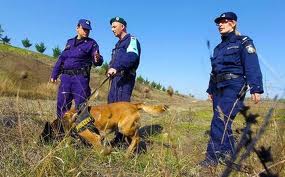 Illegal immigrants are always a key-issue in the social and political life of Greece. The country’s borders are too long, the guards few and the authorities cannot deal with the problem and thus, hundreds of illegal immigrants from Pakistan, Iran, Afganistan and elsewhere find a shelter in the European corner.

Germany, with the Memorandum policy, claims that it tries to “help” Greece come to terms with this problem, as well. But Bulgaria appears to have found a more effective solution, under the support of the European Council.

Almost a year ago, the Council called on the Member States to “provide further human and technical resources,” since immigrants from African countries would try to reach Greece due to the upheaval. The program they launched is called Poseidon and allows the European countries to send experts and equipment to Greek border guards.

Frontex, the European Agency for the Management of Operational Cooperation at the External Borders of the Member States of the European Union, was established to contribute in this manner. It reports that few migrants attempt to cross its borders and prefer to head for Greece.

But neighboring Bulgaria remains Greece’s ally and sent 69 experts and dogs to Greek cities located close to the borders last year. In 2012, Sofia sent less experts, only 20, but sent more dogs and mobile thermo vision systems and much more to balance the situation.

However, a much more powerful and bigger country – Germany – sent only 10 guards for the same reason. Austria sent 48 border guards and an infrared-camera vehicle.

Frontex officials comment that the massive arrival of immigrants to Greece comes as a result of organized criminal networks.