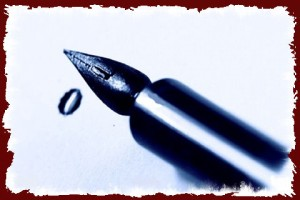 The first Antipodes Writers Festival will begin on Friday, June 15 in Melbourne. On the first day, attendants will have the opportunity to enjoy an artistic dialogue between award-winning author Christos Tsiolkas and Professor of Cultural Studies at the University of Melbourne Nikos Papastergiadis.

The two prominent Greek men will explore Writing, Multiculturalism and Cosmopolitanism. One of the main issues the two intellectuals will begin their conversation with is the impact that literature has on a broader society.

The Festival, convened by Melbourne writers and academics Helen Nickas and Konstandina Dounis, “presents one solid weekend of back-to-back sessions by some of Melbourne’s favorite writers within the Greek and wider community, with a sprinkling of interstate guests.”

The program of fifteen sessions will be covered by over fifty writers from different generations, and is guaranteed to appeal to a diverse audience. Prominent names include: writer and academic Vrasidas Karalis (Recollections of Mr Manoly Lascaris, A History of Greek Cinema); journalist and writer Angela Pippos (The Goddess Advantage); novelists Dmetri Kakmi (Mother Land) and John Charalambous (Two Greeks); poets Angela Costi, Tom Petsinis, and Tina Giannoukos; actor and playwright Victoria Haralabidou (Blessed, Brides); senior journalist with The Australian and author, George Megalogenis (The Australian Moment), and many more.

The three-day-long Festival will pay special tribute to one of Australia’s beloved storytellers, Arnold Zable, who always included aspects of Hellenism in his novels.