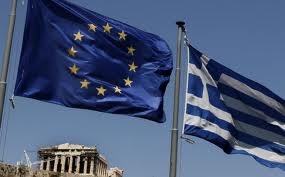 Around the world, media broadcasts news about the repeat elections in Greece. Reuters, CNN, Le Monde, Spiegel, Guardian and Corriere della Sera are only some of the big international news agencies which have reported emergency news from Greece the past few days.
Reuters published an article: “Greece calls new election after coalition talks fail.” The journalist refers to Socialist leader Evangelos Venizelos’ statements after the meeting he had with other political leaders and the Greek President.
“For God’s sake, let’s move towards something better and not something worse,” he said, adding “our motherland can find its way, we will fight for it to find its way.”
British Guardian reported on Greece’s upcoming elections and cites opinions of economists who predict a dark future for the country.
The Italian Corriere della Serra newspaper frontpage was dedicated to the Greek elections and the possible next PM, probably the President of the Supreme Court Rena Asimakopoulou or the Council of State President Panagiotis Pikramenos.
American CNN questions if Greece could exit the Eurozone, while ongoing emergency news also broadcasts the fail of Greek leaders in forming a government.
The same news travelled to faraway Singapore via channelnewsasia.com, which reported on the statements of Independent Greeks and PASOK leaders.
Reuters (the branch in India) declares that the Dow Jones has significantly fallen, after the political shipwreck and “the serious danger that indebted Greece faces.”
Russian news agency Ria Novosti reported on Panos Kammenos’ comments, after leaving the Presidential Mansion. “The parties who supported the creditors failed to form coalition government. They prefer a solution on the citizens’ behalf.”