GRNews
GreekReporter.comEuropeGreeks in Austria to Honor Victims of Nazi Occupation

Greeks in Austria to Honor Victims of Nazi Occupation 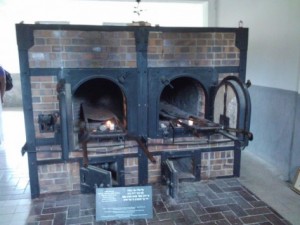 Hellenism of Austria will commemorate and honor the 3,700 Greeks fallen under the Nazi army during World War II on Sunday at the concentration camp of Mauthausen in northern Austria.

Greek-Orthodox Metropolitan Bishop and Nuncio of Hungary and central Europe Arsenios will hold a memorial service for the Greek victims. There will be speeches and they will also lay wreaths. Additionally, there will be a presentation of Mikis Theodorakis’ spectacular composition “Mauthausen.”

67 years after the liberation of the concentration camp, Greek representatives will attend Sunday’s service, including the Greek Ambassador of Austria Themistoklis Dimidis and the Ambassador of Cyprus Konstantinos Papadimas. Members of the Greek community of Austria will also be present at the commemoration event.

After the service at the Greek monument of the concentration camp, Greeks, Austrians and people of varied origins will also honor victims of other countries. Federal President of the Republic of Austria Heinz Fischer will participate in the memorial service.

Mauthausen concentration camp, located 170 km away from Vienna, was established by German Nazis in August 1938 to carry fugitives from Dachau and Auschwitz concentration camps. Until its liberation on May 5, 1945, more than 206,000 people from all around Europe lived in captivity there. 122,797 had already been executed at the camp, including 3,700 Greeks.

After the war, the Austrian government turned the concentration camp into a museum, where every year people from all around Europe commemorate victims of the Nazi era.