GRNews
GreekReporter.comAustraliaBook Released in Australia On the History of Greeks in Asia

Book Released in Australia On the History of Greeks in Asia 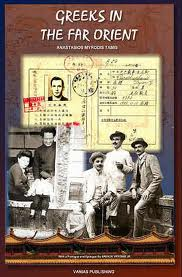 Many distinguished Greeks and Australians attended the presentation of Greek Professor Anastasios Tamis’ book titled “Greeks in the Far Orient.”

He also said that the history of Greeks in the Far Orient is closely related to Greek immigrants of Australia and added that Greeks living in China have harmonized the two cultures.

Theofanous referred to some specific Greek families thriving in Australia who had at first migrated to Asia. “Vyron and Plato Theofanis, the two brothers, but also Haralampos Doukakis, went to China in 1911 in order to avoid joining the Turkish army since he came from Smyrna, are some very good examples,” adding, “Doukakis’ niece went to the USA and was the Democratic candidate for the country’s Presidency.”

Several Greek successful professionals who live and work in the Far Orient, along with their children, most of which were born in China, Japan and Manchuria, were among the attendants of the event.