GRNews
GreekReporter.comAustraliaPublic Lecture on the History of Greek Cafés to be Held in... 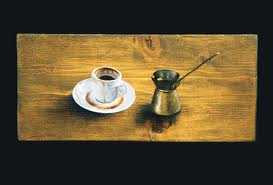 Researchers at Macquarie University Effy Alexakis and Leonard Janiszewski have organized a public lecture about the history of Greek cafés in Australia at Hornsby Central Library on May 15.

Greek-Australian Milk Bar is closely related to the subject. According to researchers, a Greek immigrant named Mick Adams introduced milkshakes in Sydney in 1932. At first, the drink was a healthy beverage since it included milk, butter and fruits or anything else naturally produced. His idea became popular in the surrounding area, so that decades of people visited the “hotspot” of the time to taste it.

Greek cafés were very successful back then and lasted for many decades. From the 30’s through 60’s, they were the meeting point of both Australian and Greek people. They became a key-part of the night life in the country and have been very popular with the farmers in eastern part of New South Wales,Victoria and Queensland.

“Today, there are only few original old Greek cafés in Australia,” says Alexakis.

The lecture is free of charge for everyone.