Greece Ranks 80th of Least Corrupted Countries In the World 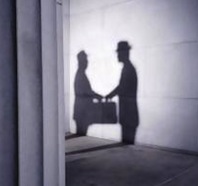 According to Transparency International’s 2011 Corruption Perceptions Index (CPI), Somalia and North Korea come in last place of the CPI with a score of 1, which makes them the world’s most corrupted countries.
The CPI scores countries on a scale of zero to 10, with zero indicating high levels of corruption and 10, low levels.
Just before Somalia and North Korea, at the bottom of the CPI, lie Afghanistan and Myanmar with a score of 1.5. The result is no surprise if we take into account the fact that countries with unstable governments or are at war prove to be the most corrupted.
On the other hand, New Zealand is top with a score of 9.5, followed by Denmark, Finland, Sweden and Singapore. The UK ranks 16th, while Germany is 14th.
Greece is included in the lowest-scoring European countries, some of which suffer from financial crisis, with a score of 3.4, along with Thailand, Bulgaria and Colombia.
Most Arab Spring countries and the European states, such as Greece and Italy, dealing with debt crisis have low scores (below 4).
But the Guardian journalist comments that “wealth seems no easy antidote to corruption,” since some rich countries fall at the bottom of the global table. Meanwhile, some poor countries seem to have fought effectively against corruption.
EU Home Affairs Commissioner Cecilia Malmström commented in regards to the CPI list, saying that “corruption causes high losses to the European markets, amounting to 120 billion Euros per year.”