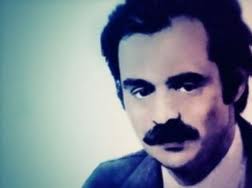 A memorial ceremony was held on May 1 for freedom fighter Alexandros Panagoulis, 36 years after his death.
Many friends and relatives gathered at the First Cemetery of Athens to commemorate him, whose name is connected with the fight against Greek military junta during 1967-1974.
Alexandros Panagoulis attempted to assassinate dictator Georgios Papadopoulos on August 13, 1968. For this, he was caught and tortured while in detention. He later stated “I didn’t want to kill a man. I’m not capable of killing a man. I wanted to kill a tyrant.”
The late rebel fighter died on May Day 1976 at the age of 36 in a car accident on Vouliagmenis Avenue in Athens. A car fell onto Panagoulis’ car, causing it to crash. Panagoulis had announced he possessed documents proving the junta’s connection with the police and he intended to publish them. After his death, media suggested the “accident” was caused by the junta to silence Panagoulis and to cover up the documents.
Alexandros Panagoulis was a keen poet, and after his liberation from the junta’s prisons, he became involved in politics as well.