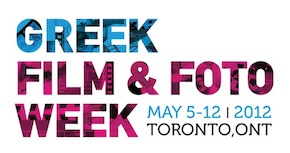 The week-long photo exhibition will take place in Toronto, Canada from May 5-12, 2012. The exhibition will be hosted in conjunction with the Scotiabank Contact Photography Festival, one of the largest photography festivals in the world.

This year’s Featured Photographer is Constantine Manos, “one of the world’s foremost photographers,” according to event organizers. His exhibitions have been featured in world-class museums and installations and his work is in the permanent collections of several renowned museums, such as the Museum of Modern Art in New York and the Bibliothèque Nationale in Paris.

The exhibition will include 25 North-American photographers of Greek origin, while the organizers also plan to show the work of late Greek photo reporter Chris Hondros, who was killed while on assignment in Libya on April 20, 2011.

Apart from the photo exhibition, the Greek America Foundation has also organized a Greek-inspired 48-hour short film contest for filmmakers worldwide. Although the film competition is “Greek-themed,” filmmakers of all backgrounds, who have an interest in Greece and Greek heritage and culture are welcome. 27 of the finalists’ short films will be screened during the one-week festival.

On May 6, the documentary “Krisis” will also be presented, directed by Nikos Katsaounis. The 62-minute-long documentary deals with the economic crisis in Greece.