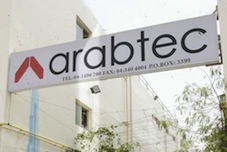 An Arabtec Holding consortium that includes Greek and Turkish firms is on the cusp of securing an estimated $3 billion contract for the expansion of Abu Dhabi’s international airport, four industry sources told Reuters.

An Abu Dhabi-based source aware of the deal said the TAV-Arabtec group had been chosen but that final details still needed to be hammered out. Meanwhile, a source in the consortium said the group “had gotten positive signals but no official information had been sent.”

“They have the lowest bid… it’s likely they will win it,” said a third source, who was involved in the bidding process, speaking on condition of anonymity.

TAV declined to comment. Arabtec and CCC officials in the UAE were not immediately available for comment. An ADAC spokesman said an announcement would be made only once the tender is finalized.

Shares of Arabtec, in which Abu Dhabi-owned investment fund Aabar owns a 10.45 percent stake, reversed earlier losses and jumped 2.2 percent at 8:58am GMT. The stock has risen 114 percent this year, driven by the fund’s interest in the UAE’s biggest builder by market value.

Abu Dhabi Airports Company (ADAC) had short-listed four groups in February for the general construction contract.
The new terminal will be around 700,000 square meters in size, according to ADAC’s website, and is a key part of an ambitious expansion program at the airport in Abu Dhabi, the UAE capital.

The midfield complex will include the terminal building, passenger and cargo facilities as well as duty-free shops and restaurants for a total capacity of up to 40 million people a year. It is slated to become operational in 2017.

In the first three months of the year, Abu Dhabi international airport handled 3.4 million passengers, up 21 percent over the same period in 2011. ADAC wants to expand its airport facilities to back the growth of Abu Dhabi-based carrier EtihadAirways and compete with passenger growth in neighboring emirate Dubai, home to Emirates airline.