GRNews
GreekReporter.comAustraliaGreek-Australians Call on EU and Government to Support Greece

Greek-Australians Call on EU and Government to Support Greece 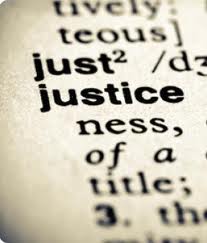 Greek-Australians and Australians have lately organized many campaigns to support Greece. The latest move is to arrange a meeting in order to show their solidarity to Greece and to publish an official statement.

The Greek Community of New South Wales and trade unions attended the meeting and asked the Australian government to support Greece and to communicate this decision to the EU and the Greek Government.

During the meeting, Arthur Rorris, Secretary of the South Coast Labor Council in NSW said that “we have the duty to show abroad that Greeks do not live in luxury, as people may believe. They suffer from a financial crisis caused by the Europeans.”

“We want to send a message to workers and employees in Greece, that we, from Australia, support them and demonstrate our solidarity to their fight against the memorandum and the austerity measures,” says General Secretary of the Community Michael Tsilimos.

Their official statement marks the austerity measures imposed on Greece by the EU and the IMF as “unjust.” The attendants commented that the Memorandum has failed and as a consequence, the Australian Diaspora called on the Greek Government and the EU to “abandon the fiscal austerity program that is strangling the Greek economy and its people.”

They added that Greece needs a plan to provide jobs and to increase investment rates.