GRNews
GreekReporter.comHollywoodMike "The Situation" Falls Into the Hands of Alki David

Mike “The Situation” Falls Into the Hands of Alki David 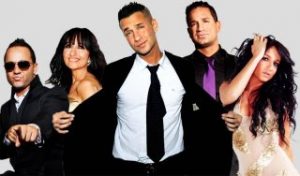 After a Brief Stint in Rehab, Mike “The Situation” Sorrentino, From the Hit Reality Show Jersey Shore, Has Started His Own Prank Show With FilmOn.TV, the Live Streaming Internet Television Platform owned by Greek-British Alki David aka the eccentric Billionaire.

“The Situation,” since coming out of rehab, has created his own scripted show focused around daring fans to participate in crazy pranks, film it and send it in. For completing pranks users can win between $500 to $5,000! Some pranks have been based on his own exploits, like daring fans to bash their head through a wall, while others have been even wilder! Each episode contains new pranks as well as the craziest user submitted videos.

SituationTV will be going live on FilmOn.TV, this Thursday, April 19th at 4pm (PDT).

Mike is one of the outrageous group of celebrities working on their own hit shows with FilmOn.TV – Andy Dick, Rampage Jackson, Ron Jeremy, Shauna Lamas-Sand and Kato Kaelin also create exclusive weekly shows while eccentric billionaire Alki David and Charlie Sheen are both share-holders.

“FilmOn is the perfect place to be as wild as I want. I’m excited to work in an uncensored environment and see where the show takes me,” said The Situation.

“FilmOn is constantly growing, adding The Situation to our roster has been very exciting. His show will be unlike anything you’ve seen before,” said Alki David.

The “Jersey Shore” star had come clean recently, admitting he had voluntarily sought help “to get control of a prescription medication problem” he had developed from “exhaustion” while filming Jersey Shore.

FilmOn has taken Mike “The Situation” Sorrentino out of the Jersey Shore and brought him to Beverly Hills to create daring, original content. This is sure to be an explosive partnership.

Omicron Variant Spreads Throughout the World; Five Quarantined in Greece