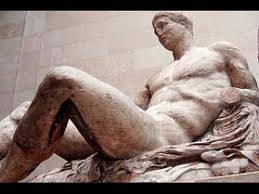 British actor Stephen Fry called on the British government for the return of the Parthenon marbles to Greece. Now the Greek Diaspora in Australia has also decided to exert pressure on English officials for the same reason.

The Greek campaigners have already planned a trip to London this year. Leaders of the campaign are going to be the Chairman of the International Organizing Committee Australia for the Restitution of the Parthenon Marbles Emanuel Comino, as well as renowned South African human rights lawyer George Bizos.

The conference will take place June 19-20 at the Hellenic Centre in London, almost a month before the opening of the 2012 Olympic Games.

Within the scope of the conference, Greek Community members will also ask for a meeting with the Director of the British Museum, Neil MacGregor, in order to discuss the restitution of the marbles.

Comino also stresses the fact that the meeting is going to be peaceful, since the committee does not have any intention to provoke any problems with the British.

He also commented that the most important thing is that the British and Greek governments discuss the marbles in a civilized way.