Solidarity Campaign for Greece in Sydney 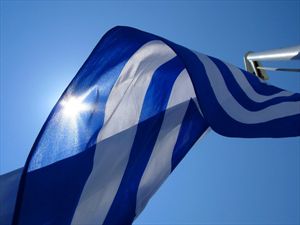 An open meeting of Greeks living in Australia will be held next Tuesday, April 17, at Marrickville Hall in Sydney. The campaign is organized by the Greek Orthodox Community of New South Wales in order to support and show the Hellenic Diaspora’s solidarity to Greece.

Main speakers of the event will be Greek-Australian trade union members, such as Aggelos Gavrielatos, president of Australian Education Union, and Arthur Rorris, Secretary of the South Coast Labor Council in NSW, as well as prominent members of the Community.

Rorris stated, “We  have to show everyone that the Greek financial crisis was not caused by Greeks living lives of luxury, when we know that those responsible are not the ones who will carry the burden of austerity for the next decades.”

“We want to send a message to workers and employees in Greece, that we, from Australia, support them and demonstrate our solidarity to their fight against the memorandum and the austerity measures,” said the General Secretary of the Community Michael Tsilimos.