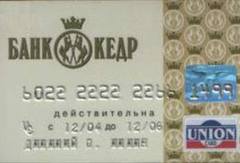 A new bank branch of the Russian SISC CB “KEDR” is about to open in Alexandroupolis, Greece as announced by the Chairman of the bank Sitro Kirill when he visited the city of Thrace.

He also met and discussed with the bank manager of the Russian bank in Athens, Dennis Teodorov, the mayor of Alexandroupolis Evaggelos Lampakis and the President of the Evros Chamber Christodoulos Topsidis.

It is going to be the first branch of the Russian bank in the region of Thrace.

Russians aim for financing transactions between Russian and Greek businessmen in the nearby area, but also for investments, mostly in the field of real estate and tourist programs.

“The goal of the bank is not just deposit of the capitals, but the lending of small and middle businesses, in order to give a boost to the market,” comments the mayor of Alexandroupolis.

Greece reopened high schools on Monday after five months, after authorities made available home-testing kits that could control the pandemic.
Education

The Atenea Institute in Panama, which is the only Greek school in Latin America, has become the focal point for academic excellence.