American Girl Turns to Media in Search for Greek Romeo 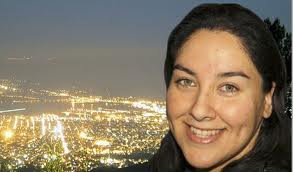 American Brenilda Payne met a 28-year-old man at a Rome airport on February 22. He asked if the seat next to her was free and that was enough for the young woman – she was smitten with him.
But the fear of rejection made her shy. As a result, she did not ask for any other personal contact details, except for his name, Costas, and his hometown (he comes from Volos).
Some days ago, Brenilda sent an e-mail to a local newspaper of Volos asking for help to find Costas. The journalists asked the young woman why she is looking for him, to which she answered, “I’m afraid I may have fell in love with this total stranger.”
“He sat next to me and we talked to each other for 40 minutes,” she explained. “He told me about the beautiful city he lives in, called Volos, and I told him I intended to visit Greece later this year.”
“He was flying to Barcelona to visit a friend of his. He would return on February 27,” she continued. That is all she knows about the young man.
She also told the journalist that he learned English five years ago and that he was a bad student. “He was well-dressed, wearing a black jacket and a nice pair of jeans,” she said.
Now, the young lady wants to keep in contact with him even if he may be engaged.
“I just need to know we will be friends and that I could visit him someday,” concluded the woman in her e-mail.
But the local newspaper was not the first step in her research. She had already sent almost 100 messages via Facebook to men named Costas from Volos.
“I know that this is a pretty common name in Greece because the original Costas told me so.” But she is still trying!

Snowstorms Forecast for Greece Yet Again